Whenever you try to determine if the car is fast or not you usually take two defining factors into consideration – how quickly it’s able to sprint to 60 MPH, and how fast it’s able to go flat out. These two figures are exactly what Chevrolet uses to prove that their Camaro is a very good muscle car. A top speed of 198 MPH and a 0-60 MPH time of 3.5 seconds is precisely what adorns the new 2017 Camaro ZL1, especially when you talk about fastest cars with incredible performance.

You all are probably aware that Camaro has five generations behind it, and you certainly remember that some generationss were quick and good while some … well just didn’t. Thanks to that fact we decided to make a list of fastest and slowest Camaro’s that ever stepped off the production lines. What is important for you to know is that official numbers regarding the performance figures are not that easy to find especially when you are asking about older models. But we managed to find a way around that barrier and dig up some of the data (should be considered estimate) from a vast number of Camaro sites and blogs all across the internet. Be also aware that your quarter mile times may vary and differ than those we supplied.

The fifth gen of the Camaro that debuted in 2010 with more than 5 different variants and a range of engine options is, hands down, the fastest one on this list. The high-output V8 unit is the one that really helps the Camaro rocket from point A to point B. Now besides the mentioned ZL1, the 2016 Camaro SS, Z28, and others are probably the fastest Camaros built so far.

The natural order everywhere is that you have to crack a few eggs to make an omelet. That is what happened in Chevy with their muscle car. You have to have a few bad series to make a few good ones. The slowest Camaro’s ever built span from second-gen models all the way to fourth gen. what will become obvious from the table is the most of the cars are sporting the V6 units and are not the top notch versions of Camaro performance. 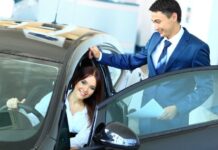 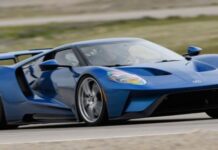 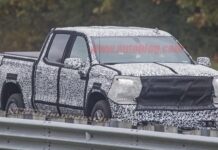