NBA trade deadline is now extremely close, and it’s time for the general managers to pick up the phone and start making some deals. There are some squads that are one player away from being ready for a nice Playoff push, and those are the teams that could be aggressive before the deadline passes. Here are five big names that could be dealt sooner rather than later.

Jimmy Butler – It seems that Bulls might be thinking of blowing things up and Butler could be on the move. There are teams, like the Boston Celtics that are interested and that could give a lot in return for a player like Butler.

Serge Ibaka – It’s clear that Magic won’t be making the Playoffs as they are now 6 games away from the last Playoff spot. Ibaka’s deal is expiring this summer and Orlando might be looking to receive something in return as they are unsure of whether or not they should give him big money now when they are entering another rebuilding phase.

Nikola Vučević – Speaking of the Magic and their rebuild, Vučević could be on the move as well. Orlando has given a lot of money to Byombo so they should be thinking about giving him more minutes and making sure that they do everything to put him in the best position possible. Vuč might be the odd man out.

DeMarcus Cousins – Even though the Kings are likely to extend Cousins contract, his recent behavior might convince the front office that he is not the man of the future for the Kings. Suns have expressed some interest and Big Cous might be leaving Sacramento after all. 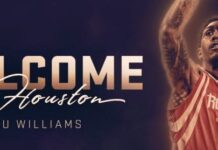 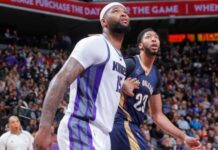