When most of us plan for the week ahead, particularly when thinking about our work schedule, we rarely consider the sheer amount of time spent trawling through emails, answering urgent emails as they come in, and generally trying to maintain our email inboxes – but we should.

It’s estimated that the average office worker spends over 25% of their working day dealing with emails, even though (thankfully) other studies show that on the whole, we’re starting to spend less time looking at emails.

With this in mind, we put together a quick list of our top 5 tips for maintaining your email inbox, and not letting it become a central focus of your working day.

Spam emails, or even emails from companies who you’ve willing signed up to, account for the majority of emails received for most people, even at work. Remember that blog where you signed up to their newsletter to get access to the whitepaper you thought you might need? Yeah, 3 years later and they’re still sending you a weekly email that you have no interest in.

Take 10 minutes and scan through your inbox, looking at say, a 30 day period, and unsubscribe from every email which doesn’t offer any real value, or that you haven’t felt the need to open during the last 30 days. You’ll be surprised how much of an impact this can have on your unread emails and unwanted notifications, according to Wiza.

Are you that guy or girl in the office who emails the person sitting next to them asking for the location of a company report, when you could have simply turned your head and asked them? Well, it might be an idea to start reducing the number of internal emails you send, and instead, simply talk to people.

Not only will this help to reduce your email inbox and the time spent managing it, but it will also help your fellow colleagues to do the same.

Similar to tip #2, workplace collaboration tools are an incredible way of significantly reducing internal emails at work. Platforms such as Slack allow all members of a team, as well as teams in the wider business, to instantly and effectively communicate.

Tools like Slack can be used on a project-to-project basis, or you can simply direct message a fellow coworker whenever you choose. You can also set up private groups for colleagues and teammates.

It’s not uncommon for many people in an office environment to think they’re being productive by spending time creating lots of different folders and categories for their email inbox. In reality, they’re just going to spend more time in the future worrying about which folder to archive an email in – it’s unnecessary.

Keep the structure of your email inbox simple, which can include a handful of folders, such as ‘work’, ‘team’, ‘line manager’ – but anything beyond this may simply be a net-negative when trying to reclaim time spent managing email.

If you’re looking to improve your productivity at work, and get back much of the 25% of your time you would usually spend managing emails, follow the tips above, reclaim your inbox, and put email management to the back of your mind. 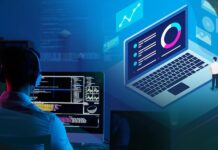 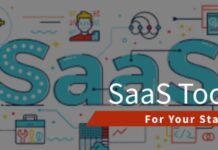 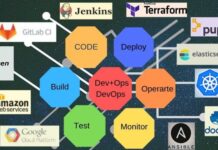 How to Recognize a Good DevOps Tool/Platform