WWE reintroduced the Cruiserweight division last summer on Monday Night Raw, and it really hasn’t been successful so far. That is not because the guys that are on the roster can’t do their jobs properly and can’t wrestle, but rather because they don’t have any big names in that division and they are not giving them the time that they need. There are some guys on the main roster and in NXT today that can be considered as the cruiserweights, but WWE doesn’t want to use them as members of that division.

Kalisto – This is a no-brainer. Luchador is one of the shortest wrestlers in the WWE and is known for his small size and athletic moves, but still, they don’t want to make him a member of that division. He is still fighting with the big guys on Smackdown Live, and they are not doing him any favors right now.

Austin Aries – The greatest man that ever lived, he is for sure built like a cruiserweight. There is still a question mark about how will the company introduce him to the main roster. Is he going to be in the division, or will he fight with the rest of the superstars? Those questions will be answered when he debuts, but there is a hint – he has done the commentary for cruiserweights.

Finn Balor – Well, this is a big one. Balor is one of the WWE’s most popular wrestlers, and it seems that they have big plans for him. His first month on the WWE main roster was fantastic as he won the Universal Title. The funny thing here is that he could easily be in the Cruiserweight division as he is not one of the biggest and tallest WWE Superstars. 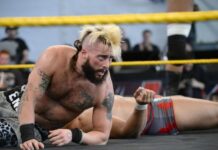 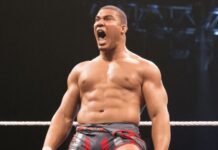 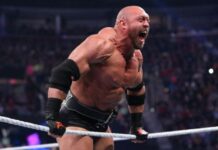 15 Wrestlers Who Recently Left WWE Made These Confessions