If a police officer X behaves inappropriately or against the law towards individual Y, then that action is called police misconduct. It takes numerous forms, which makes it harder to pinpoint. So, it’s a normal habit for people who have experienced it to ask for additional help from a police misconduct attorney.

Nothing explains better than an example. That’s true for this topic, too. It was a reason why today we decided to present to you some of the most famous cases that dealt with various types of police misconduct. We’ll see who the two parties were, how the whole case turned out in court, as well as the epilogue.

The Chicagoan Rachelle was a witness to a traffic accident involving police officers. The only thing she thought reasonable was to run to the car and drag one of the police officers out of the car. She was afraid that the vehicle may explode.

When help arrived in the form of other police officers, something happened that she couldn’t believe. They arrested her and questioned her for disarming an officer as well as theft of a weapon. Multiple threats followed and eventually she signed a false statement. Jackson was imprisoned for almost a year.

A judge dismissed Jackson’s case. Instead, she filed a suit against the officers and even the city.

The Case of Philando Castile

Castile was with his girlfriend and her child when he was pulled over by a police officer. He at once told the officer that he legally possessed a gun. Then, the officer told him not to reach for the firearm. Castile replied that he was going to grab for his identification.

Regardless, the officer shot him seven times, which ultimately resulted in his death. The story checked out with the girlfriend’s testimony as well as the camera footage.

The member of the PD was charged and acquitted. Still, he no longer held the same position.

This is one of the newest cases that got the public’s attention. Allegedly, Garner was an illegal seller of cigarettes. And supposedly his behavior wasn’t violent towards the members of the law enforcement.

While they attempted to arrest him, it’s alleged that they used the chokehold maneuver, which is an act of police misconduct. Garner said he couldn’t breathe and eventually died.

The officer who supposedly did it lost his badge and gun. The same happened to the supervisor, too. Charges were brought up for the latter.

Moreover, the case had a great impact on the Black Lives Matter movement and protests.

These cases are just a few examples that many victims of police misconduct as well as attorneys specializing in that field can learn from. While it can be hard to find a right lawyer, it doesn’t hurt to check out sites like USAttorneys.com for example that unite many of them in one place.

Do you know any other popular cases regarding police misconduct or police brutality? 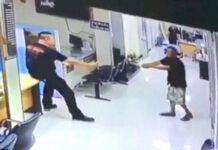