Ferrari unveiled their 488 GTB for 2016 but considering that this was not a brand-new model and just an upgrade of the 458 Italia that was presented in 2010, we might see the replacement for this supercar very soon. Ferrari is currently testing the next-generation 488, and an early test vehicle has been caught by camera lenses recently.

As it appears, the Italian carmaker is not focusing on the exterior design changes, and we can clearly see that the window into the engine bay is completely sealed which means that there is probably a new unit under that hood or at least few significant changes in that department. With the camouflage, Ferrari hid the wires that lead to the front wheel arches. In other words, the carmaker is trying out electronic chassis systems such as traction control and stability.

The 2020 Ferrari 488 is going to arrive in two different version, something like the GTC4 Lusso with V8 and V12 powerplants, CAR reports. They also say that one variant will be a direct substitute for the 488, which means that it will most likely sport a 3.9-liter twin turbocharged V8 engine which output is going to exceed the current one of 671 horsepower.

The second version is expected to come with a 2.9-liter twin-turbo V6 unit, and it will be called Dino. The engine for the Dino is going to be based on the Alfa Romeo Giulia Quadrifoglio’s powerplant, and this is no surprise because Ferrari was the one that developed and produced this one.

In order to make a difference between the two models, the one with the V6 is going to have a shorter wheelbase than the one with the V8 engine. The V6 is expected to produce about 600 hp which would be suitable for the rumored “588” name, and this amount of power would give the Ferrari an edge over McLaren 570S that delivers 562 hp, claims CAR.

Both models will be based on a new modular platform which will be produced out of aluminum, but it is going to be about 15 percent lighter than the currently employed version. It is a well-known fact that the Italian company prefers heavier aluminum to carbon fiber, mostly because it is easy to produce and maintain. The new Ferrari 488 is going to arrive in 2019. 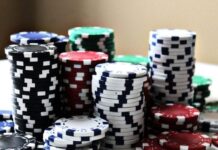