Honda S2000 was discontinued in 2009, and we can all agree that it was an amazing and overall a gorgeous car. It is no surprise that after its death numerous designs, renders, and concepts surfaced online about its successor. Followed by these renders were rumors about a possible reboot. The most believable story spawned in June 2015 when all of a sudden a mysterious set of patent images appeared allegedly displaying a Honda sports car! Everyone believed that it depicted an early sign of a new performance coupe. Two years later, however, we still don’t know whether the model from the picture will actually be made. But let’s take a look at this interesting and mysterious render!

As you can see the concept car was most likely a preview of a vehicle that had cameras instead of usual side mirrors. Considering that these were released in 2009 that would have been revolutionary. Headlights are slender, and they are linked by huge air vents stretches in the middle on the front end of the car. It features a huge diffuser at the back, and it seems that this was most likely a show car, not a road-going model.

Now that we’ve reviewed these photos we’ll try to imagine the production-ready model. We have gathered some renders of what could possibly be an S2000 that will help us along the way. When it comes to the most recent rumors, some anonymous sources claim that we should see the new generation in 2018. To be precise in the last quarter of the year. Its price is predicted to be somewhere around $50,000. Should it arrive in the upcoming year the coupe would be the model to celebrate 20 years since the launch of the original S2000? That would also be a great way to celebrate Honda’s 70th birthday.

There have been reports that the third-gen S2000 will feature a new turbocharged gasoline engine that will be fitted with an electrically driven supercharger so as to eliminate the turbo lag. It is expected that the output of this engine will surpass 320 horsepower (238 kilowatts). All that power will be distributed to the road via a dual-clutch, eight-speed automatic transmission.

Honda will be present at this month’s Tokyo Motor Show where they will be introducing the Sports EV concept. It might indicate where the company’s intentions lay in the future. We still can’t debate whether that will have something to do with the S2000, but we might be able to see brand’s future plans. 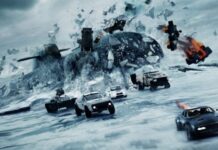 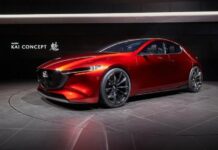