Around two years ago Ford fought a battle with Tesla Motors for registration of the name Model E and successfully won. Back then Tesla planned that name for their vehicle, now known as Model 3, but Blue Oval managed to snatch it from them, and as it seems now the automaker has plans to put that name to good use. Ford is planning to make a vehicle with Model E badge which will be offered as a battery-electric car and a plug-in hybrid.

The setup that Ford plans to use here probably sounds a little familiar. The battery-electric car and a plug-in hybrid is the same one that will be offered in the 2017 Hyundai Ioniq. The US company tried to change it a little by adding battery-electric versions for dedicated “green” vehicles which are somehow catching up and becoming a trend with automakers. Industry journal Automotive News brought us some info by saying that Ford tends to join this party by releasing a new vehicle which will be launched in 2019. As we found out that new car (the Model E-Hybrid) is supposed to be built in a brand-new factory in Mexico that is scheduled to start producing in 2018.

This is backed up by a recent claim from Ford that says that the company plans to invest $1.6 billion in the new plant which will be their first all-new North American assembly plant in more than 20 years. When asked, the automaker representatives decided not to say what exact models should be delivered from the said plant, but the widely accepted assumption is that next-generation Focus compact sedan and hatchback are about to move to Mexico from Wayne, Michigan — which awaits conversion to production of crossover SUVs and trucks.

Research firm AutoResearch Solutions also suggested recently that Ford might build a Prius competitor called the Model E at the NA plant, and do that as soon as the beginning of 2019. Sam Fiorani, the firm’s vice president of global forecasting, said that Ford’s Model E would include a conventional hybrid, a battery-electric car, and a plug-in hybrid and that it could account for around 50.000 units out of 300.000 to 350.000 cars a year which will step out from that facility.

According to some predictions, the Model E will be derived from the same compact architecture as the next Focus, but the new vehicle will have a new and dedicated body that will not have a gasoline-only version. With the Model E, Ford plans to replace the current C-Max Hybrid and C-Max Energi plug-in hybrid, along with the low-volume Focus Electric (that is about to get a range boost to roughly 100 miles for 2017).

The C-Max introduced in 2013, if you remember, had an EPA rating of 47 MPG but these figures were cut twice so far, first to 42 MPG combined in August 2013, then to 40 MPG in June 2014 which pretty much happened after a lot of owner complaints and an EPA investigation. Thanks to that its sale numbers plummeted down, but the EPA ratings were just one part, the other was the market shift towards larger cars and more crossover utility vehicles. This meant that C-Max sales had been overtaken by those of the hybrid and Energi versions of the Ford Fusion mid-size sedan which, by the way, uses an identical powertrain. 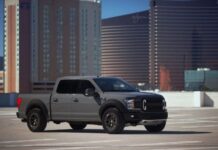 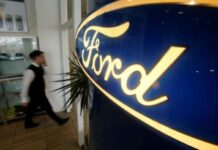 Ford and Chinese Carmaker Will Have Electric-Car Partnership? 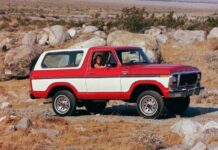 Ford Bronco is making a comeback!