Chevrolet is preparing first prototypes of the new and improved Camaro because the mid-cycle refresh is due to come in 2019 and already, the base model, has been spotted testing in the mountains of Colorado. Now, the entire lineup has been caught by the camera guys and among them is the new ZL1 model.

New 2019 Camaros have been tested on public roads, and every model is seen starting from 1LT, SS, SS Convertible to the popular ZL1. All of these cars have been wearing a camouflage which makes it difficult to talk about them, but at least we had a glimpse at some distinguishing design cues.

The front and rear fascias will go through some smaller revisions, but overall, the new ZL1 will remain mostly the same. The rear end has been wearing a lot of covers, and we can only guess the styling, while the trims which will be modified the most are the SS and SS convertible, considering that extensive camouflage is placed at the front and the rear end.

The 1LT is covered the same way, but one novelty is clearly seen – the new wheels. A new set of alloys has been installed instead of the usual five-spoke rims, which gives the car a more aggressive appearance. As you can conclude, there will be no major changes to the design of the Chevrolet Camaro lineup, but big upgrades are expected under the hood. All of the new models will come with a new 10-speed automatic transmission that is currently used on the ZL1, while we are also going to see more features inside.

The 2019 Chevy Camaro SS and ZL1 will get a power bump, but what keeps us at the edge of our seats is the revival of the Z/28 moniker. This one will have a complete output of 505 horses, but more details will be known once the new model debut officially. 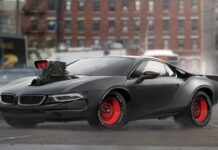 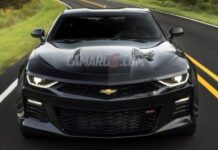 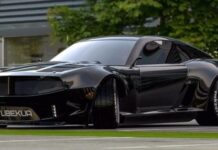 This Pontiac Firebird Concept Will Blow Your Mind