Lexus is a branch company of Toyota that was established about 27 years ago. It is located in Nagoya, Japan and today Lexus is a famous luxury brand. The Lexus LS that we know today was introduced ten years ago, whereas in 2012 it was modified and refreshed. The 2018 Lexus LS is the new car from this carmaker, and it is based on LF-FC Concept. As it appears, the upgraded vehicle is ready for its competitors.

The 2018 Lexus LS has been spied more than once, but it seems that the latest photos indicate that there will not be any additional changes. The new model will have an RWD setup and a lot of exterior elements that are based on the LF-FC concept car. There is a possibility for AWD version to be offered, and the car is going to come with an extended-wheelbase adaptation.

As we have already said, the new 2018 Lexus LS has reached a final stage, although it is still heavily camouflaged. It is expected that the shape of the new LS remains the same as the form of the previous version. The LED headlights will be a part of the new vehicle, and we expect that the fog lights are going to be inserted into the front spoiler.

The redesigned grille on the 2018 Lexus LS is visible at the front end, and as it seems, it will have a more basic horizontal line design. Unlike the rest of the car, the front grille is not covered, but there is a tape over the Lexus badge. It is likely that various sensors will be located at the bumpers, but this is only a speculation, and it has yet to be confirmed. There is a possibility that the open areas on the fenders could be reserved for the equipment that is required for semi-autonomous driving.

The cabin will have some major changes which will give the new 2018 Lexus LS a more fashionable look. It is expected that the interior will be more luxurious and more comfortable than what we had with the previous model. We don’t know much about it, but the floating front seats and reclining back seats are definitely a part of the cabin. The electronic instrument panel is going to be redesigned as well.

The modern audio system and climate control are only some of the features. The middle console will be enormous, and there will be more touch screen displays on it. In general, the interior of the new Lexus LS will be improved and even more upscale.

The speculations have been circulating the internet, and as it seems, we will be getting several engine choices. According to the latest report, V6 and V8 units will be offered, whereas the hybrid version is on the table as well. These powerplants will be mated to a 10-speed automatic gearbox.

Speaking of the hybrid variant, it will come with a 3.5-liter V6 powerplant and a modern high-capacity Li-ion battery that sends power to the electric motor. Instead of a 10-speed automatic transmission, the engine in the hybrid will be combined with a CVT gearbox. However, all of this needs to be officially announced and confirmed. Just for the record, the spokespersons from the Lexus addressed the media with the statement that they want to introduce a hydrogen-powered car before 2022.

The 2018 Lexus LS should be presented in 2017. It is possible that it happens either at the Detroit Motor Show which is scheduled to be held in January or at the Geneva Auto Show in spring. Another possibility for this car to see the light of the day is at the New York Auto Show.

Currently available info about 2018 Lexus LS suggests that it should cost less than the BMW 6 Series which you can find for $88,700. According to the rumors, the starting price of this vehicle will be around $50,000. Stay tuned for more details. 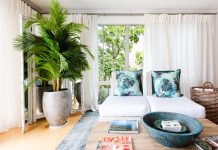 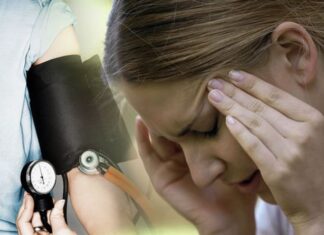 Richard Orland - August 9, 2022 0
Hypertension, or high blood pressure, usually isn’t apparent right away. In fact, you can live with the condition for years and not know it....

How To Animate Text In After Effects