Opptrends 2022
Home Cars 2018 Lamborghini Urus – Who would have thought…

The current automotive world is changing at a rapid pace. New trends are set almost every day and established norms and boundaries are constantly revised. Biggest commotion happened when crossovers entered the spotlight, spawning myriads of new models and shapes, significantly hurting some existing segments in terms of sale figures. This is currently the main field for progress, and all brands are racing to provide their view of soft SUV or CUV, so we saw some pretty unusual things lately. Bentley introduced Bentayga, Rolls-Royce is preparing to do so with Cullinan, Maserati delivered Levante, although 2018 Lamborghini Urus is going to be a story for itself.

First of all, large SUVs are all about the luxury in the first place, which is followed by capabilities, but only in the case were crossover part is missing. So, CUV is left only with the luxury part, and since Bentley was the manufacturer of lavish vehicles, while even Continental GT is nothing but pure GT leaving aside cornering part, it wasn’t so strange to them to offer elevated Flying Spur version, and same would count for Rolls Royce.

The story is even simpler with Maserati which even went lower and dared to offer their view of the executive saloon with Ghibli, and for SUV if Porsche did it long ago, why wouldn’t they bring one. But, Lambo is a different story. It produces true, mid-engined, naturally aspirated sports cars, and there is not even one GT in the current lineup, let alone something else, making it purer than Ferrari. So, as somebody may argue in the past that Bentley or Rolls SUV could have a purpose, nobody expected to see that from Pagani or Koenigsegg, and yet Lambo is going to do it.

BUT, IT DID IT BEFORE

In its over 5 decades of existence, and over 20 models produced, Lambo has only once gone berserk, and it did it with SUV in the times where crossover doesn’t exist as a word. Rugged and boxy LM002 was introduced in 1986, looking more like a Hummer product than anything that could roll out from Sant’Agata. Only 328 units were produced as the mark of only and maddest point in the Lambo’s history. And yes, Urus is going to elaborate additionally on that point.

According to first-time available spy photos of what is future 2018 Lamborghini Urus, we should expect same visual craziness that we saw on the concept in 2012. Sharp, angular, menacing thing with harshly sloped roof and enormous air intakes, which is going to make this SUV something not seen before. Lambo always nurtured dash of madness with styling approach and feel free to look at this as swollen Aventador. On the contrary to the exterior, rumor has it that interior is going to be more conventionally styled and luxury oriented.

If you are Lamborghini fan and traditional one for that, you are going to be double hurt with this thing. As the fact that Italians are offering SUV is not enough, violation of the fact that Lambo stayed pure blooded with engine offer, widely avoiding any turbos and downsizing so far, could infuriate you, as even Ferrari allowed to be bent in front of fuel efficiency and emissions. Urus will use the same platform as Bentayga, Q7, and Cayenne while being offered with twin-turbo 4.0-litre petrol V8 engine and only in AWD configuration.

So it’s not just that it is the first non-naturally aspirated engine in brand’s history, it is V8, which is smaller than Huracan’s V10 or Aventador V12 and if that doesn’t make you cry, this will- it might also feature first hybrid powertrain for the brand. This could happen in the near future but don’t despair as we saw what hybrid powertrain can do when packed in a proper supercar.

You may be asking right now is there anything pure left in this world. The answer is – hardly! And we have to acknowledge that different times have arrived. Lamborghini as any other car maker has to meet certain emissions standards and while start-stop and cylinder deactivation system cannot solve the matter completely, Urus can. Also, Italians are planning to double their sales by the end of this decade, and no special Centenario, Veneno or similar thing is going to do that. Future $200k plus SUV monster, that is probably going to see the light of the day at the end of this year, is maybe not pure-blooded Lambo, but view it as neoteric one. To be honest, all will be just fine as long as Huracan and Aventador don’t start to swirl the air or fall bellow ten cylinders. 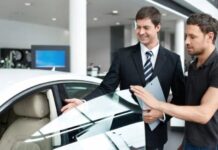 9 Things to Consider Before Buying a Luxury Car