Well, what we have here in front of us is the virtual representation of the 2018 Jeep Wrangler JLU Rubicon that is made thanks to those leaked images from yesterday. The minds behind this creation are from JL Wrangler Forums, and we are thankful to them. Although this is not an official design yet, it pretty much gives us the general idea of the vehicle’s looks with all its creases, hinges and other design elements that weren’t quite as visible on the leaked photos.

As it always goes with projects like this, a few things had to be winged but if you neglect that small detail the renderings are more than awesome, and what is even more important they help us stack this one against the 2017 model. The details on the renderings are awesome where the authors even added the doors and rear passenger seat belts. If you look a little closer to the leaked grainy image and the JL Wrangler Forums rendering you will notice only one thing that they didn’t get right and that is the thickness of the roll cage which is little thinner than on the original images, but everything else is spot on.

Now let’s get to the list of changes. The 2018 Jeep Wrangler JLU Rubicon obviously has a new profile line, which makes the cabin section of the car resemble that of a Mercedes G-Class type. If you recall the G-Class also has a belt line that runs just a few inches underneath the windows, right on top of the door handles. There are also new headlights and fender LED strips that match those on the leaked image, but the problem here is that the quality of the leaked photo makes it a lot trickier to hit the exact position, so expect a possible change in this section when the actual car arrives. The last but not the least are those black five dual spoke wheels which are also spot on from the leaks, and may we say, they look a lot more stylish than anything else seen on the Jeep Wrangler so far. 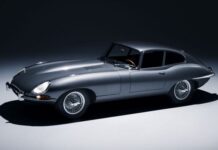 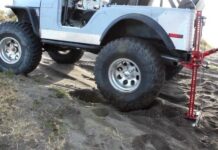