Since the fourth gen of the Land Cruiser Prado (referred to as J150) has been on the streets for a while, it is natural that the company is planning its replacement, which is unfortunately not ready yet. Toyota will most definitely take its time to release the fifth-generation model which will replace the J150, but so far nothing is official yet. Until the fifth gen comes, Toyota decided to offer us something close to a new version, and it is the very luxurious 2017 Toyota Land Cruiser Prado named “Invincible X” which is basically a range topper of the UK spec Land Cruiser Prado.

If you compare the £55.930 Invincible and the £57.880 Invincible X, you will see that the former model offers some special features such as the chrome door mirror caps, a chromed tailpipe, and matte black finish to the 18-inch Pinnacle alloy wheels. But that is on the outside, the inside will feature full leather upholstery that’s available in three flavors – Masari Black, Ortaka Ivory, or a two-tone combo of black and brown. For the passengers behind the drivers back a gaming rear-seat entertainment, Blu-Ray player, triple-zone AC, surround sound audio and a red bow on top of all – a big sunroof will be made available.

What you will not be able to touch on the inside of the vehicle, but will be kept safe by, is the Toyota’s Safety Sense suite of active safety features that offers goodies such as Blind Spot Monitor, Rear Cross Traffic Alert, Lane Keep Assist, Adaptive Cruise Control, and Pre-Collision System. For the adventurers out there who are more interested in the off-road capabilities of the Invincible X, do not worry it most definitely has got you covered on that side as well.

The engine in this beast will be the already tried and tested strong 2.8 L D-4D turbo diesel unit paired with the same six-speed automatic transmission. The Land Cruiser Invincible X will blow your mind with the 215 millimeters of ground clearance, 700 mm deep water wading, and the ability to climb 42-degree slopes. All of this is aided by a Torsen limited slip differential which is able to change the front-to-rear drive balance from 50:50 to 30:70. Just to compare the Kinetic Dynamic Suspension System optimizes anti-roll bar behavior to suppress body roll when you hit the rough terrain, or you go off the regular roads. Thanks to all of this the name it proudly carries – Invincible X is well deserved. 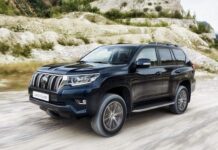 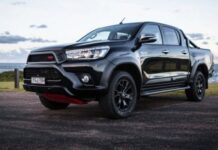 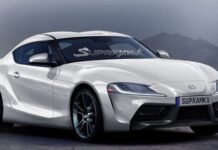