The 2017 Toyota 4Runner is another body-on-frame midsize SUV. This vehicle comes standard with the five-passenger-seating arrangement, whereas you can add third-row of seats on which two more passengers can sit. Vehicles that are related to this SUV are Tacoma and Land Cruiser Prado. You can find the 2017 Toyota Tacoma 4Runner either with a rear or four-wheel drive. Under the hood, all trims carry a 4.0-liter V6 engine delivering 270 hp which is paired with a five-speed automatic gearbox.

2017 Toyota 4Runner : Previous Major Updates and What is New?

Back in 2014, the 4Runner was overhauled almost completely, but some of the new parts were a bit controversial. To be more specific, we are talking about the front-end styling update. In addition, the vehicle arrived with the new LED taillights, whereas the cabin was also revised and it became more luxurious. Last year, Toyota decided to unveil the TRD Pro model. This version targeted customers who prefer off-road driving or at least like to go for off-road excursions from time to time.

Now, the Japanese automaker offers the TRD Off-Road and TRD Off-Road Premium grades. This is great news for the fanatics that like to drive off the beaten paths because the new SUVs come with the authentic interior badging. Also, the iconic exterior emblems are also offered, and the new trim has used a lot of carbon fiber accents. The front headrests feature TRD letter embroidery, which you can find on the new TRD Off-Road Premium version.

The 2017 Toyota 4Runner comes in various trim levels. First of all, there is the base SR5 followed by the SR5 Premium. After that, we have TRD Off-Road and TRD Off-Road Premium. Furthermore, you can choose Limiter or TRD Pro variant as well. As we have already said, all of these trim levels are equipped with a 4.0-liter V6 engine. What we haven’t told you yet is that the towing capacity of the 4Runner is respectable 5,000 pounds.

You might be tempted to compare the 4Runner to Highlander, but there is a big difference between the two models. Namely, the 4Runner is probably intended for those who want a higher level of capability on a rough or bumpy terrain, and one of the most important features you can find in it is the Toyota’s Crawl Control. The purpose of this feature is to help the driver maintain a constant speed when the car is driven on a rough road even when going at crawl rate as the driver gets to select between five low-speed settings. Another important feature for those who love off-road driving is Kinetic Dynamic Suspension System, but this feature is optional. It facilitates extended wheel travel making the car more stable.

The base SR5 trim comes with an 8-way power adjustable driver’s seat and Entune touchscreen multimedia system. In addition to that, you also get power windows, cruise control, and Bluetooth connectivity. Among other features, we have air conditioning whereas the steering wheel is leather trimmed. Moving up the ladder and you would get an auto-dimming rearview mirror. In addition, the SR5 Premium offers SofTex-trimmed heated front seats and Homelink universal transceiver.

Driver’s seat memory function and dual-zone automatic climate control with second-row vents are available in the Limited model. Moreover, the Limited version sports perforated leather heated and ventilated front seats while Sirius XM satellite tuning capability and a rearview camera are offered within the range. No matter what trim you get, you can be sure that all versions feature HD Radio and Bluetooth music streaming.

How Safe is the new Toyota 4Runner?

The 2017 Toyota 4Runner comes with Star Safety System and some of the features include vehicle stability control, brake assist, four-wheel anti-lock brakes, traction control, and electronic brake force distribution as well. Occupant safety is ensured with airbags that can be found all around the car. Another system which is offered in the Limited trim is the Safety Connect system that introduces stolen vehicle locator, and automatic collision notification. Furthermore, if you opt for this trim, you will get emergency assistance and roadside assistance.

The NHTSA awarded the 2017 Toyota 4Runner with 4/5 stars. On the other hand, the IIHS gave the best rating “Good” to this vehicle.

The new Toyota 4Runner has a lot to offer to the customers, but it will have to fight for the top spot against cars such as Jeep Wrangler Unlimited, Volkswagen Touareg, and Jeep Grand Cherokee. 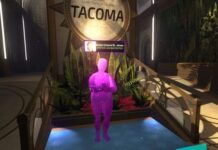 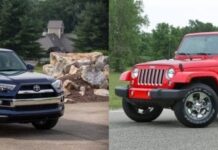 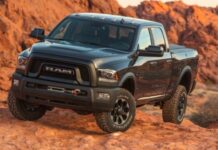