Tuesday was the day for Mazda and its 2017 CX-5 model which finally dropped its cover down. The company’s popular compact crossover SUV received a touch-up and now looks better than ever, with Mazda boldly describing it as a sharp looking vehicle that is fun to drive. The CX-5 was firstly introduced in 2013, and it was company’s first attempt to pair two things – fuel-efficient Skyactiv design principles with its KODO design language, which was a spot on success. The combination spawned a vehicle that stood out, and still stands out, in the way it looked and how it drove.

The 2017 Mazda MX-5, although making its formal debut at the 2016 Los Angeles auto show, will find its way to the dealerships next spring as the 2017 model year. Japanese company didn’t want to disclose much this early, but we did get a confirmation that it will have three engine choices and that it will make its debut in Japan firstly. Soon after that, it will roll out to the global markets where it will be available for everybody. The engine options consist out of two gasoline units, and a diesel one, where the petrol powered ones will be the 2.0 and 2.5-liter inline found also found in the current CX-5. We do not expect to see any major upgrades, so these will probably continue to offer current 155 and 184 HP, respectively. The diesel unit, on the other hand, will be 2.2 L powerplant and it is still unknown if it will find its way to the US. Thanks to the previous experiences the chances of it finding its way to our shores are slim to none, but it would really be a nice surprise to see it here.

The KODO design language found its way on this one as well, and the company managed to do that without going overboard with it. This design style, as it seems, has been nothing but praised and apparently kicked into high gear especially with the arrival of the 4th gen MX-5 Miata and the latest CX-9. It is so good that it somehow found its way through the rest of the company’s lineup which is more than great. But the design is not all, with the appearance of the refreshed CX-5 one more thing made its debut and its a new paint color called Soul Red Crystal. This particular color scheme is a representation of the evolution in the paint techniques that Mazda has been perfecting for a long time. This paint scheme differs from the old ones, which brought high-quality finish by using the “Takuminuri” paint technology, in a way that it now adds aluminum flakes and an additional translucent layer which provides a very deep and saturated red color. As soon as you take a look at the images you will see what we are talking about, but, can you imagine how it looks in the real world?

This brilliant crossover SUV will, without a doubt, show us more on its debut at the 2016 Los Angeles auto show which starts in just two days. After the debut, Mazda will disclose more info which we will gladly convey to you. What we sincerely hope is that it will be a hit with the crowd, because it alone stands for a clear quarter of the company’s sales. Mazda really needs it to shine and attract as many potential buyers as possible, not that it will be that difficult. 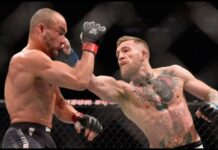 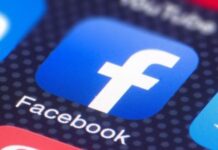 Just When You Thought It Was Over: 8 Facebook Changes For 2019 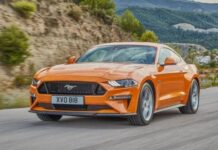