The Italian car maker Ferrari is truly one of a kind. There is no human on the face of the earth who does not know about them or does not know what this brand stands for. To prove to us that they are still on top of the game, Ferrari decided to release a first official video of the new hypercar – 2017 LaFerrari Aperta which is basically the open-top version of their flagship hypercar LaFerrari.

The Ferrari decided to make Aperta even more desirable by limiting its production to only 70 units which will find their way to the customers with the most luck and deep enough pockets. This roofless hypercar wonder is truly more than welcomed addition to the LaFerrari family which makes it somehow more stylish and attractive. But that is not all that the Aperta has. Its heart is another thing that attracts the enthusiasts, and it consists of the worlds pretty much best naturally aspirated V12 engine which is Ferrari’s 789 HP 6.3 L unit that is backed up by nothing less impressive electric motor that offers staggering 161 HP. When both units are used, they bring the driver combined force of 950 HP which is enough to launch this hypercar from 0-62 MPH (0-100km/h) in under 3 seconds and reach the top speed of 217 MPH (350 km/h). The run from 0-124 MPH (0-200 km/h) is also very impressive with only 7.1 seconds which are breathtaking.

With all of this (we shall without no refraining call it) beastly power Ferrari had to additionally work on the aerodynamic parts of the car. That was the priority, trying to make Aperta as slippery as the hardtop LaFerrari and with as much downforce as well. With all this no wonder Ferrari spent all that time and R&D to ensure that this one stays glued to the tarmac. But let’s not forget the person from the title of this article and explain how he fits into the story.

Apparently, Ferrari thought that it would be very interesting to sit the Ferrari F1 race driver behind the wheel of the only car that comes close to what he actually drives for a living. Well, company’s little marketing gimmick did the trick. The only down side to this video is that it is more focused on the advertisement rather than informing people on the features of the car, but that is understandable. Nevertheless, it was nice to at least see a hypercar like this driving. 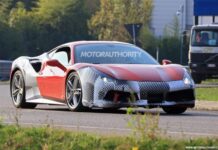 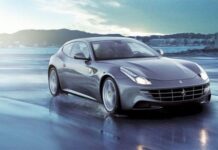 Ferrari’s Crossover Might Be Launched In 2021, Hybrid Is Possible 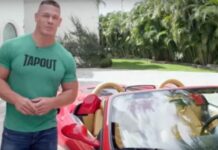