The 2017 Honda WR-V is based on the Jazz hatchback and it will debut in India in March 2017. The new vehicle will be introduced at the 2016 Sao Paulo Motor show.

South American branch of the company released a sketch of the vehicle and we can see that it will have an aggressive front bumper. Furthermore, the chin will be more pronounced and overall the car will get muscular lines. In addition, a thick chrome band will be added to the grill of the car, whereas the headlights will differ from the Jazz.

As for the muscular details, the body cladding will be prominent on the doors and wheels and front fenders will receive that muscle-car look. However, some parts of the new WR-V, such as doors and rear fender, will remain the same as the one on the Jazz. The license plate will be relocated and from now on, it will be below on the bumper. Moreover, the tailgate will differ significantly.

Although new WR-V will see drastic upgrades on the exterior, the cabin will most likely remain identical as the cabin of the Jazz. Expect some minor details revision and some tiny additions from Honda.

The new vehicle will have two engine options. The first one is 1.2-liter i-VTEC petrol engine which produces 90 hp. If you opt for this variant you will have two different transmission choices – CVT or five-speed manual. The second unit is borrowed from the City and the Mobilio. Here, we talk about a 1.5-liter Earth Dreams i-DTEC diesel which is good for 100hp. Only six-speed manual is available for the diesel. 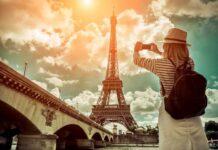