When the third-generation Honda Pilot was introduced last year it has had a large success. Namely, it has been near the top of the sales list. Be that as it may, Honda Pilot has some problems which need to be solved as soon as possible, and according to some reports the new 2017 Honda Pilot will come out without these issues.

The 2017 Honda Pilot will not see any major upgrades, but there will be some small differences comparing to the current version. Some of those changes will include a paint job, but you can expect a general overhaul in about six years. If we take a look at the interior, it will be the same as the cabin of the 2016 model. The new Pilot will still offer a lot of space to passengers while the trunk allows you yo easily transport almost any load.

There will certainly be an improvement, and the new 2017 model will come with a lot more safety technologies than the ongoing vehicle. We need to mention that the current Pilot is not famous for its safety, so the new options are just what it needs.

If you opt for the new model, you will get active cruise control system with frontal collision monitoring, blind-spot protection, and lane-keep assist. The materials in the interior will be upgraded as well, so if you have restless kids, don’t worry, because they will not damage your car.

Rumor has it that the vehicle’s 3.5-liter V6 engine will get an option. A turbocharger has not been mentioned, and it will probably not be a part of the new lineup. The higher possibility is to see a hybrid option within the range. Another surprise here could mean that two electric motors will not be paired with the aforementioned V6 powerplant as they will be combined with a new-generation 2.0-liter Atkinson-cycle I4 unit. This combination would produce 220 hp and 200 lb-ft of torque, which is satisfactory for an SUV of this size but certainly would be nicer to have more power on tap.

Little is known about this segment, and these are some of the possibilities which are most likely. Once we find out more, we will let you know.

The engine on the current Pilot is mated to a six-speed transmission. If you don’t like it, you can always opt for the tremendous nine-speed automatic gearbox which has been offered as optional. The Honda Pilot 2017 will sport the latter gearbox as standard, which is a major improvement. This is significant for customers because they can save the money which was needed for the better transmission and spend it on some other options. The hybrid version, if it ever comes, is expected to return up to 40 mpg on average, partly due to a new transmission.

The Honda Pilot 2017 is expected to go on sale during the winter. Once it hits the market, it will go against Dodge Durango, Toyota Highlander, Kia Sorento and Nissan Pathfinder. Note that not much information has been confirmed by the Japanese company, so stay tuned for more details.

Let’s just take a brief look at the current version that is available in five trim levels. First of all, we have the base LX. It is followed by the EX and EX-L. After that, we have Touring and the range-topping Elite trim. The price for the entry-level is $29,995, but it increases as you go up the range and the top-shelf Elite is available for $46,420.

The engine within the range is a 3.5-liter V6 good for 250 hp and 253 lb-ft of torque. Power is sent through six-speed automatic transmission and you can choose between 2WD and AWD. 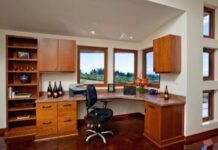 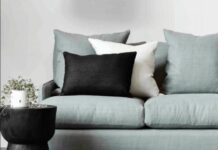 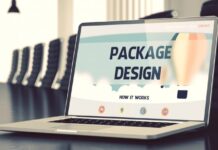