If you followed up on any of the recent posts regarding the 2017 Honda Pilot, then you probably are aware of the company announcing that it will be the latest vehicle in its lineup that will receive Apple CarPlay and Android Auto functionality paired with a fingerprint-resistant touchscreen and additional interior color options.

Jeff Conrad, Honda Division senior vice president and the general manager stated that “The all-new third-generation Pilot has been a huge hit with SUV buyers” and added, “For 2017, we’re making Pilot even more appealing with new technology and options that our customers are seeking”. This means that every trim level at or beyond EX will come equipped with Apple CarPlay and Android Auto capabilities available through the fingerprint-resistant eight-inch touchscreen. As an addition to all of that anyone who buys any Pilot with White Diamond Pearl, the exterior paint will have a new black interior at his disposal.

Besides these tech and paint updates the 2017 Honda Pilot will be pretty much the same as the 2016 model, and we can’t hold it against it because the three-row SUV picked up a lot of top scores especially in safety from both the NHTSA and IIHS. On top of this the title of one of U.S. News & World Report’s “Best Cars for the Money” and KBB.com’s “Best Family Cars of 2016” which just show the extent of the quality that the company offers through the Pilot. The good news continues for those who worry about the fuel economy. The new model held the figures from the previous model year, where the Touring 2WD trim holds first place as the most fuel efficient with 20/27 MPG city/highway and 23 MPG combined.

The prices that are announced have somewhat changed across the line in some $550 to $650, meaning that the entry level and bottom trim LX 2WD starts at $30,595 MSRP and the top trim 2017 Honda Pilot Elite AWD brings the price up to $47,070 MSRP. For a car of this caliber and the amount of recommendations under its belt, the price tags are not that high and that unacceptable especially when the company selling it is Honda. 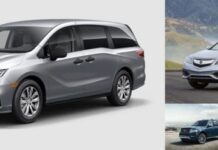 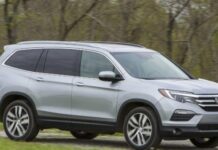 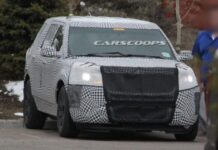