As the title says we stumbled upon a teaser for the 2017 Honda CR-V that has seven seats and a new turbo diesel powerplant and that is bound for Thailand market. According to the report from Paul Tan’s Automotive News in Malaysia, the CR-V was teased during the Thai launch of the Civic hatch, and it will differ from the recently-revealed US-market model by the third-row seating arrangement and the new, already mentioned option of a diesel unit.

The unit that will be available as an option is Honda’s “Earth Dreams” 1.6 L i-DTEC turbo diesel engine, capable of developing 160 HP and 258 lb-ft of torque and it will be attached to a nine-speed automatic transmission. I do not know if you recall, but this engine was the same one that was briefly offered in Australia, in the current-generation CR-V DTi-L Limited Edition.

According to the current schedule, the new CR-V will hit the “Land of Smiles” on March 29, while locally it is set to make an appearance sometime in the third quarter of this year. The only unknown is whether it will be available in both the five and seven seat configurations in Australia.

If you recall, last December, director of Honda Australia, Stephen Collins, made a statement for CarAdvice that thanks to declining sales company was forced to rule out the possibility of a diesel unit for the local market. But despite this, the Australian arm of Honda company has not confirmed whether they intend to bring both the naturally aspirated 2.4 L petrol and 190 HP 1.5 L turbo which are available in the US.

Besides this third row of seats and a new option for the powerplant the fifth-generation CR-V will offer some of the new features that include active grille shutters, LED head and tail lights, and a new 7.0-inch infotainment system complete with Apple CarPlay and Android Auto compatibility. The US version also offers a whole bunch of driver assistant tech such as autonomous emergency braking (AEB), lane keep assist, lane departure warning and adaptive cruise control, but none of these have been confirmed, and it is under a question mark if any will be available over there. 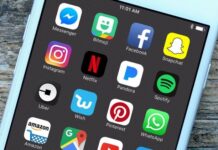 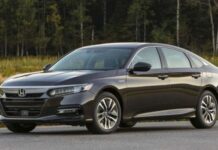