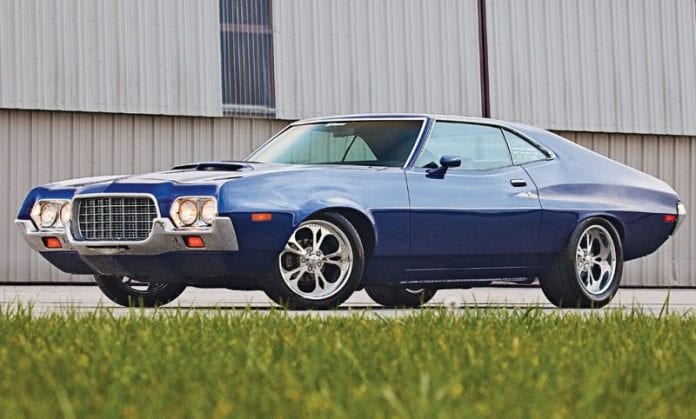 Being one of the industries that are ever-growing and innovating, the car makers are always looking to bring new and improved models. Sometimes when they lack ideas, or just want to slightly alter company strategy, manufacturers resurrect old models up back to the market.

Recently we could see announcements about Bronco and Ranger that will come back to the US soil. While many were thrilled to hear about these plans, they also wanted for Ford to improve its muscle car segment. For reasons we will state later, a logical choice for muscle car comeback would be the Ford Torino. It was popular during 70ties and 80ties thanks to the TV show ‘Starsky and Hutch’ and recently mostly due to Clint Eastwood’s 2008 movie Gran Torino. Another popular movie franchise that is frequently using Ford Torino is Fast and Furious starring Vin Diesel and Dwayne The Rock Johnson. This all started the rumors that Ford Torino could be brought back to life by Ford due to its everlasting popularity. According to carsoid.com Torino is in for a serial production with a release date being set for late 2017 or early 2018.

Ford is not the only company that has plans like this. These days we are witnessing the resurrection of many iconic vehicles or at least their nameplates. Some of them have been out for few years, some for a couple of decades and some even longer. Toyota is bringing Supra back; Honda is looking to re-instate S2000 model or even the ZSX and the list doesn’t stop there.

Among many automakers, Ford has probably been most active in bringing back some of their old models. Mostly we are talking about Bronco and Ranger. Ford Bronco has been the theme of forum chatter for more than a decade since the 2004 concept was revealed. Discontinued in 1996, Ford waited almost twenty years to officially announce Bronco’s return. The new model will come somewhere in 2018.

At the same time, Ford Ranger has been off the U.S. market for only a few years while being available across the seas. For the 2019 MY, it will be back to the States in order to compete with Toyota’s Tacoma.

Both of these models have been confirmed by Ford but more interesting for us is the Ford Torino and at what price it might be offered. One problem in predicting this is that we do not know if Ford will place it under or above Mustang. Greater possibility is that it will be a cheaper than Mustang that starts at about $25,000. Engine lineup could be quite similar to what we have in Mustang but slightly detuned. Powerplants that we could see include 2.3-liter and 2.7-liter EcoBoost units while base could be 3.7-liter naturally aspirated V6.

Shannara Chronicles Season 2: News about the release date, cast crew and other