The 2016 Texas Truck Rodeo was held from October 9 to October 11 and the 2017 Ford F-Series Super Duty won “Truck of Texas” award. For Ford’s F-Series this was not the first time to win the award. On the contrary, they had had astonishing success in the past and this was the 13th time The F-Series ended on top.

The event occurred at the Longhorn River Ranch near Austin, Texas. About 70 journalists gathered there to witness the award ceremony. Super Duty also won the Heavy Duty Pickup Truck award and the Best Powertrain award went also to a Ford vehicle – only this time it was the 2017 Ford F-150 equipped with the 3.5-liter EcoBoost V6 unit.

Although Ford vehicles were dominant, Nissan also earned five awards, some of which are the SUV of Texas and Best Commercial Vehicle, which belonged to 2017 Armada and Titan XD Single Cab. The 2017 Ram 1500 is the most luxurious pickup truck of the year, whereas the most luxurious CUV is 2017 Volvo XC90.

New aluminum body panels contributed to the victory of Ford Super Duty because with these panels the truck became stronger but lighter. It overtook the title from 2016 Nissan Titan XD.

Ford is also considered the Truck line of a Lone Star State. Here are the rest of the awards: 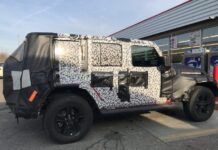 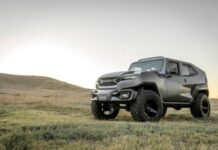