The first time we had a chance to meet Chevrolet Equinox was back in 2010. Last year, Chevrolet decided to introduce drastic changes, so the 2017 model comes out with some minor refinements. Considering that Equinox has been on the market for a while now, without full generation switch, it is great to see this car still draws the attention of customers. Let’s take a closer look and see what are some advantages, but also disadvantages of the Equinox.

The 2017 Chevrolet Equinox comes with a 2.4-liter I4 engine as standard. The engine produces 182 hp and 172 lb-ft of torque. However, if you want the more powerful unit, the carmaker offers a 3.6-liter V6 good for 301 hp and 272 lb-ft of torque. A six-speed automatic is paired with both of these engines, whereas FWD is standard. As an option, you can go with an AWD if you like, but this is not possible on the base trim.

However, the acceleration is not so great because it went from 0-60 mph in 9.5 seconds. There is also a good side to this as the fuel economy is rated at 32 mpg combined, according to the EPA estimates.

Although Equinox doesn’t seem huge, it is actually longer than midsize Kia Sorento for example. There are several new packages one of which is the Midnight Package, and if you choose it, your car will be entirely black. Chrome exhaust tips are very nice addition to this car making it quite refined but also sportier at the same time.

The interior is comfortable, and leather upholstery is available on upper trims, but the cabin is not the greatest ever. There is a 7-inch touchscreen, and although the cabin is modern, space may be an issue. The cargo space is far from the best in class, but the passengers do feel comfortable. If you transport people rather than things, especially those who sit in the back will be comfortable due to tremendous legroom.

First of all, we need to say that the Equinox comes in four different trim levels. There is the base L trim, after which we have LS and LT. The range-topping level is Premier.

The 2017 Chevrolet Equinox L trim comes with the audio system and 7-inch touchscreen infotainment unit. In addition to this, you will also get USB and Bluetooth, cruise control and a rearview camera. The base trim is decently equipped, which means that we also have manual air conditioning and power mirrors and windows. Multi-information center is included, and it is of dire importance to the driver because he/she can see the range or fuel economy, for example. There are also standard safety features, among which you get electronic stability control, traction control and of course, airbags.

You can go with AWD on all models except the base one. Navigation is included in MyLink system, but the carmaker decided not to include Apple CarPlay, which is surprising. If you opt for the LT trim, blind-spot and rear cross-path detection are part of the standard features list. What is also specific about this trim are Midnight or Sport packages. The Premier trim comes with upgraded safety features such as forward collision alert and lane-departure warning. You can also add a power tailgate with a programmable height if you like.

We mentioned performance, equipment, features and design changes, but what does it feel like to drive the 2017 Chevrolet Equinox?

What we need to say is that there is a world of difference between two engine options. The 2.4-liter four-cylinder unit is good, but it just lacks power, and if you drive the car you will realize that. You can, of course, press pedal to the medal, but it is not the best for fuel-efficiency. The V6 adds power you desperately need, and the feeling is completely different. This is certainly a better option, but the weight of the vehicle cancels the power a bit.

When we factor all this, we can notice that the handling is not great either. The steering is not so precise in a way, but you would have a comfortable ride overall. As a result, we can conclude that driving the Equinox is not the most exciting thing in life. It’s high time the Chevrolet brings the update for the Equinox.

The base trim costs slightly under $24,000, and the $895 destination charge is included. In order to get the next trim level LS, you would have to pay $26,500, which is not such a big difference. If you seek an AWD instead of two-wheel-drive, you would have to add $1,750 no matter the trim. Equinox Premier with every possible optional package is priced over $37,000. Don’t be confused, because we are talking about the V6 option. With the I4, the prices are similar to the ones of CR-V or Ford Escape.

Is the 2017 Chevrolet Equinox a good way to go? 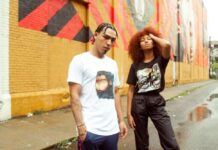 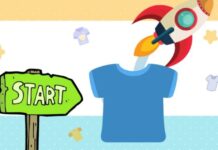 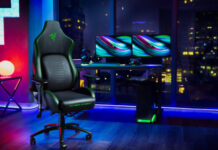