The video appeared on which the 2017 Audi Q5 has been teased before the Paris Motor Show next week.
What is clearly seen is that the Q5 has full LED headlights and daytime running lights. Moreover, the rear lights will also use LED technology.

As much as we can see from this short video, the Audi Q7 is similar in terms of design, so it is a possibility that the Q5 will have the similar fashionable interior to that of the Q7.

According to the earlier development models, the new body of the latest vehicle is going to be more rounded which will separate this car from the others on the production line. However, the grille will resemble a lot to the one of the Q7.

This Q5 will be the first one with the front-wheel-drive because of its relationship with the Audi A4. Also, the manufacturers reduced the weight by more than 100kg, so it will be lighter than the previous model.

The largest reduction came with the insertion of a new platform that is seen in the new Q7 and A4. The platform has a higher percentage of high-strength steel which makes it lighter.

A thrifty plug-in hybrid will also be available for buyers. A turbocharged 2.0-liter petrol engine is inserted with two electric motors whereas V6 petrol and diesel engines are also an option. As for the performance-focused Q5 RS, it is estimated that the engine will produce around 500bhp.

Once the car makes its debut in Paris next week, more information will be familiar. 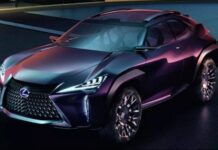 2017 Audi RS3 Sportback facelift will be unveiled at Geneva 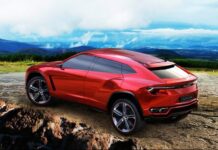 Urus SUV by Lamborghini is going to be theirs first and last plug-in hybrid!