Streaming is the future of video, movie, and TV show watching. Many are now turning away from traditional cable and satellite TV and are focusing on internet-based streaming. IPTV plays an important role in increasing the popularity and accessibility of streaming services. Over are the days when we are forced to watch only what’s being broadcasted as we now enter an era in which we are able to watch anything we want anytime we want to. Unless you got some sort of a recording device that would allow you to record the shows, movies, and games on cable and satellite TV, you’re only able to watch what broadcasters decide to broadcast. So, what exactly is IPTV?

IPTV stands for Internet-based Protocol Television. It’s using the Internet to get you the movies and shows of your choice that are either live or on demand. That means you can either choose to watch something that’s being aired at that moment or choose something else entirely. This is a system that uses the internet protocol suite, rather than being delivered through traditional satellite signal or cable television formats. This allows for a much more personalized and interactive experience than you’d normally get with traditional broadcasters.

IPTV can use the public internet, a private local area network (LA) or wide area network (WAN).
Some of the most common uses of IPTV is in waiting areas, common rooms, hotels, hospitals, or residential properties. If this sparked your interest, you can read more about what you’d be getting with IPTV.

Since IPTV uses a packet-based delivery system, it is often bundled with VoIP, voice over IP and high-speed internet.

If you want IPTV in your home, you’ll need to get a certain device that can either be a stick or a set-top box. They will allow your TV to access the streaming services. However, your computer can access it without any additional devices, so if you can connect your TV to your computer, you won’t have to get the set-top box.

However, the majority of IPTV providers will let you access the content only via specific devices. Of course, when choosing a provider, you’ll want to look for the one that is compatible with multiple different devices so you’re not limited to always watching only on your laptop. Some are also compatible with smartphones, tablets, and more.
Also, before opting for a provider, go through their list of channels and see which offer the most channels or at least the ones that interest you.
Many providers now have a hybrid approach to IPTV. Hybrid IPTV combines traditional TV services with IP-based ones and all of it is delivered through one single box. More people are interested in this now and it’s proven to be a pretty good selling point.

The popularity of IPTV will only continue to increase in the years to come and Grand Research estimates that this market will be worth around 117 billion dollars by 2025. That is only six years from now! More and more people are joining the IPTV community each year so this isn’t really a surprise. 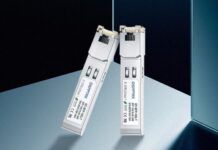 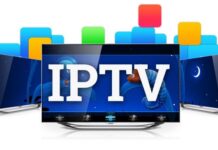 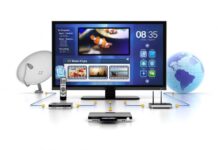 Why IPTV is better than Xfinity cable TV?