Opptrends 2021
Home Entertainment 10 reasons why should there be a Season 5 of Mistresses!

The fans of this great TV show probably know that it recently had its plug pulled out because NBC decided that the series should be canceled. Why exactly, no one knows, mostly because the season 4 ended so abruptly with a lot of things left hanging unexplained and unfinished. This is a warning to all that had not finished the season 4 – spoilers are ahead – if you haven’t watched all stop reading now. You have been warned!

The season 4 left us somewhat in disbelief with killing off regular character Karen Kim (Yunjin Kim) by falling over with no details regarding her death the show just jumped to her funeral and after they jumped again but this time in future. The reason everyone must be dissatisfied with the season 4 finale is that it spend a long time setting the show for the sequel but unfortunately did not deliver. NBC really failed on this one and failed miserably.

That jump into future discovered a few things though, like April (Rochelle Aytes) and Marc (Rob Mayes) had their baby, Joss (Jes Macallan) and Harry (Brett Tucker) also became parents, and Kate (Tabrett Bethell) was still doing her thing trying to get into bed anything on two feet and male parts. There were also a few surprises like Harry found out he had a son called Gabe (Max Lloyd-Jones) who was in his early 20s and April and Joss became convinced that Karen may have faked her death.

There was also another irritating thing, and it’s April discovering that there was another Karen Kim in town who, as it appears, is imitating her late friend but since the show ended in such, for the lack of a better word, stupid fashion, most of the fans out there will not know what happens next. It must be frustrating for all of you out there, but let’s hope that NBC will somehow change their mind about this and at least do a shorter season just to clear some things out. But until then here are the 10 reasons why we should have the entire season 5:

#1 The Karen Kim deal. Who is Karen Kim? Is she a stalker? Is she the real Karen Kim who the Karen we knew was imitating? Is she just a woman with the same name and handwriting sporting a similar look? There is a bunch more questions regarding her, but we believe this is enough to prove that there is more to this show.

#2 Introduction of Gabe. Well, he did appear in only one episode, but he instantly showed some potential. His continuous appearance in the show would introduce some new young blood that the show definitely needs in order to bring it back to its funnier and frothy beginnings.

#3 Savi (Alyssa Milano) return. This should already have happened, and why it didn’t, I just can’t understand. Savi should have definitely been present at Karen’s funeral because she was her’s best friend, but the absence of this girl was explained with her being heavily pregnant. The fifth season would be the best time for a glorious return, but hey, what do we know right?!

#4 Kate. Kate could be the biggest mess this show could offer especially with her situation with Scott (Justin Hartley). In the season finale, she somehow felt more comfortable in Los Angeles, and she was definitely keeping a look out for love.

#5 April and Marc. If you finished the season 4, then you saw that their relationship ended up rough, but eventually, they got back together. Now they are parents, but it would be nice to see them try and figure out parenting together, especially after April had some issues with Marc trying to be a father to Lucy earlier in season 4.

#6 Harry and fatherhood. The tension between Joss and Harry could be seen once again, and it started when Harry refused to deal with his own child because he thinks he won’t be a good father. These two definitely deserve a break and an ending where they unite over their child since they are already fighting over Gabe.

#7 Brett Tucker and Rob Mayes. These two guys were a bright side of the show, and their onscreen bromance was something that brought joy to many viewers every week. The fact that season 5 is not happening and that they will not be in it to make us happy once more is just sad.

#8 Alec (Ed Quinn). This guy should definitely make a comeback, at least as a guest. He did turn out to be a bit of a scandalous character, and it is a sure thing that he could stir things up once again, plus Kate’s still available after all.

#9 Familiar faces. The season finale is all about some other characters that were part of the series down the road. This show had a lot of such faces come and go, but some like Dom (Jason George) should have been a number one to make a return to a finale episode.

#10 Female bonding part. Yes, the show was a bit frothy and funny from time to time, but no one can say that it didn’t have strong female characters that shouted friendship whenever they could. Just for instance, those scenes from April’s shop are something that most fans are going to miss without any doubt at all. 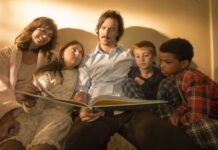 This Is Us Season 2 Is Happening