No matter how safely you drive or how many advanced safety features your vehicle features, driving is dangerous. There are more than 35,000 motor vehicle deaths each year, and even more injuries as a result of less severe crashes.

While some accidents are truly unpreventable—a byproduct of bad timing and unusual environmental circumstances—the majority of collisions are easy to avoid. You can avoid these accidents much more effectively if you’re familiar with the most common causes.

The Most Common Crashes of Car Accidents

According to Marks and Harrison, some of the most common causes of car accidents include:

As you can see by this list, the majority of common causes of car accidents are entirely preventable. You may not be able to prevent bad weather, but you can drive more cautiously when it occurs. You can’t know every possible defect in your car, but you can get it regularly maintained. And most of the other factors—like speeding and driving while intoxicated—are simple to prevent.

Do your part to keep the roads safer by acknowledging and proactively responding to these threats. You can also protect yourself (and others in your vehicle) by wearing a seatbelt at all times, in anticipation of other dangerous drivers and rare situations where unpreventable accidents unfold. 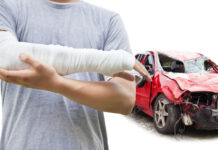 10 Steps for Recovering After a Car Accident 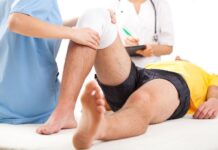 Can ACL Tear Heal Without Surgery?