When you search for articles about historical misconceptions, you will find a great number of them saying that it was impossible that “Nero fiddled while Rome Burned,” because the fiddle was not invented at the time. Of course, this is true, but what people tend to forget is that ‘fiddle’ does not necessarily refer to the musical instrument, but can have a figurative meaning, as well, which is the case here. Namely, ‘fiddle’ can also be a verb suggesting a lack of proficiency and an aimless or frivolous attitude. Several Roman historians have different versions of the Great Fire of Rome, but one thing that’s in common is the way Nero is depicted – as someone whom everyone hated afterward, and according to the second explanation of the expression, we can assume why.

Caligula Only Probably Appointed His Horse To The Consulship

According to the ancient historian Suetonius, the Roman Emperor Caligula wanted to make one of his horses a consul. We can all agree that this does sound strange, but strange does not mean impossible, and yet we are led to believe that this story is made up. There are no strong arguments for such a conclusion. It is only based on historians’ point of view that something like that was highly unlikely to happen. However, there are also the ones who believe Caligula had good reasons for appointing his horse to the consulship, e.g. “to show his underlings that their work was so meaningless an animal could do it” (via History).

Spartans Killed Deformed Babies – And So Did Everyone Else

According to Plutarch, the great Greek writer, Spartans used to kill their weaker babies that were considered to be unfit for the duty of soldiers. Archaeologists searched the pit in which these newborns were said to have been left to die, but they found nothing. Thus, historians jumped to the conclusion that Plutarch made that story up only to make Spartans look bad. But, he actually had no reason for doing so. Besides, Greeks probably did the same thing. A Greek-born physician, Soranus, wrote a paper “How to Recognize the Newborn That Is Worth Rearing” which also encouraged people to leave babies to die if they did not want them.

We are all familiar with the story about brave Pocahontas who saved John Smith’s life, but, for some reason, we are also led to believe that this is only a legend. Some believe that John Smith himself made this story up so as to make use of Pocahontas’s fame. However, Professor J.A. Leo Lemay does not think the same. Having done research about this story, he came to the conclusion that John Smith had already been linked to Pocahontas even without it, so he had no reason for making it up.

Julius Caesar’s Last Words Were Only Basically “You Too, Brutus?”

The famous quote “You too, Brutus?” has been argued about for a long time. Namely, Roman historians claim that the original quote is “Kai su, teknon?” which means “You too, child?” and that is why some take the famous quote as wrong. However, Caesar was talking to Brutus when he said those last words, so, the quote is actually true, only paraphrased.

Pharaohs Were Definitely Buried With Their Servants

Some articles dealing with historical misconceptions suggest that pharaohs died alone and did not kill their servants to have them buried alongside. However, there is no evidence for such conclusion, while there is proof that they did take their servants with them. Both Pharaoh Aha and his successor Djer were buried with 41 and 300 people, respectively. There were even children among those people, and most of them seem to have been killed, for a reason you can easily guess – to follow the pharaohs to the afterlife.

There are some people who firmly believe that the great Greek mathematician Pythagoras never really existed because the records of him came only from his followers, and he himself did not leave a single word written. But that’s not enough to conclude he never lived, because that way we could use the same argument for many other great figures who lived in the sixth century BC, for instance, Socrates or Confucius.

Machiavelli’s The Prince Is Almost Certainly Not Satire

For quite a long time people had not understood how Machiavelli could have presented such a cruel way of running a nation in his book “The Prince.” Then Jean-Jacques Rousseau offered an answer which everyone accepted so easily: “The Prince” is actually a satire. However, this cannot be true, since the book does not contain any jokes, and it is highly unlikely that there was nobody else who would realize it was a satire before Rousseau.

The Aztecs Were Not Cannibalizing People Because Of A Protein Deficiency

Michael Harner was the one to find an explanation for Aztecs’ cannibalism claiming that they were forced to eat human meat because they suffered a protein deficiency. Although this would make Aztecs less cruel, it is still not true. And here’s why: they were not deprived of protein because they could choose from a great variety of food, especially during harvests, the time when they cannibalized people. Thus, it’s clear they were only performing rituals which required human sacrifices.

Archaeologists Have Not Proven That The Jews Were Never In Egypt

According to Ze’ev Herzog, “Archaeologists have learned that the Israelites were never in Egypt.” This has become a widely accepted claim, but, surprisingly enough, there is no evidence that is sufficient to support it, except for “the lack of archaeological proof that the Jews were there.” Unfortunately, there is no proof that Jews were in Egypt, either, but this should be enough to make us take both options into consideration before opting for one or another. 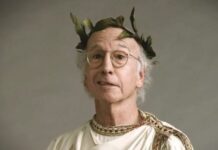