Usually, the movies that include monsters are quite exciting and bring a lot of mayhem and destruction. Because of this fact, we can see some fantastic effects and graphics which is something most people love. Below we have a list of 10 best monster movies ever in our modest opinion:

In the time of the Cold War and the space race, science fiction movies were greatly welcomed by the audience. Giant radioactive ants? Sure, why not!

Aliens wreak havoc trying to destroy Earth, but this one is slightly different as extra-terrestrial organism comes via meteor. These movies have always intrigued a large number of fans, hence this film was quite a success back in the 2000s.

The monster attack in Cloverfield filmed in a highly realistic way resembles a terror attack and attracts numerous viewers.

A sort of a Christmas movie for the courageous ones, it takes you on an adventure with mysterious creatures going on a murderous rampage.

The theme of love and crazy things a man would do for love intervenes here with both horror and humor as a man changes to a fly because he tried to teleport himself out of jealousy over a love rival, accidentally mixing his DNA with the one of a fly which fell into the machine.

What is more heartbreaking than a giant beast turned into a powerless creature due to the power of love? Everlasting love of beauty and the beast and the Empire State Building with King Kong holding Fay Wray in his hand at the top of it are among the most iconic cinema’s images.

The movie deals with two great moments in the history of Japan. An ancient sea monster which rampages local villages in Japan represents the devastation after the bombings of Hiroshima and Nagasaki, whereas the movie also portrays the tension caused by Japan’s experiments with bombs and nuclear energy which destroyed the nature.

This all-time classic feels modern even today, being an inspiration for many movies and omnipresent in modern culture.

The shark, even it is something we can often see, got monster status thanks to Spielberg, who made our blood run cold while watching the movie. 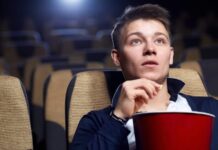 7 Classic Movies That Should Be On Everyone’s Watch List 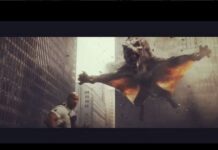 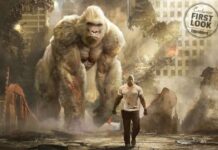 Rampage – Dwayne Johnson on the Movie & A New Photo