Hollywood is a great place for celebrities to meet their soulmates, but some celebrity couples are too annoying either by showing their love on TV too much or for some other reasons. Here is the list of 10 most annoying couples who display their love in public too much.

Although Ben Affleck and Jennifer Garner got married almost ten years ago, they constantly show their affection in the media. Are their adoration and love real or is this too good to be true? Or did they just leave their personal issues behind cameras?

Blake and Ryan are great together, and both of them look fantastic. Blake Lively is one of the actresses in “Gossip Girl, ” and as it appears, she changed when she has started dating Ryan Reynold, famous for the lead role in “Deadpool.” Some rumors suggest that Ryan wanted to be with Blake so badly that he cheated his ex-wife, Scarlett Johansson.

We have nothing against Kim and Kanye as they are just another celebrity couple. The only issue is that Kanye said that he fell in love with Kim after he had seen the 18+ tape Kim filmed. He continues to talk about that aspect of her life over and over again, and we just wonder why he is constantly doing that.

Beyonce and Jay-Z are one of the largest music stars in the US as well as the rest of the world. But are they right for each other? Rumor has it that Jay-Z has been unfaithful, but the reason for this is Beyonce’s preoccupation for work. Could these rumors be true, or people are just jealous of these two?

We all know that Sean Penn’s history with women and relationships is not the brightest, so we wonder what he did to make Charlize fall in love with him. Sure, he has his qualities, but do you remember the marriage between Sean Penn and Madonna?

Johnny Depp is an attractive man but never decided to marry Vanessa, with whom he has two children. So why is it different with Amber Heard? He is 23 years older than her, so we cannot tell why Amber decided to marry one of the most famous actors in the world.

David and Victoria Beckham are probably one of the most beautiful couples in the world. Although Victoria is married to David, who was definitely the hottest soccer player, she looks like she has a bad day all the time. They have gorgeous children too but is Victoria genuinely unhappy, or she only looks like that?

When Mariah Carey and Nick Cannon started going out, it seemed as we were going to have another modern fairy tale. They got married in 2008, and she gave birth to two kids. Unfortunately, some issues obviously popped up, as he filed for divorce in 2014.

Although Justin Bieber and Selena Gomez are currently not dating, they were so annoying when they were together with their dramatic messages all over social media. Selena moved on after the breakup, but could they solve problems between them and get back together? Although they were annoying from time to time with their constant appearance on TV, some people would like to see them in a relationship with each other.

The relationship between Kristen Stewart and Robert Pattinson collapsed when she cheated Robert with a married director. Although Kristen tried to get back together with Robert, he couldn’t go over it just like that. 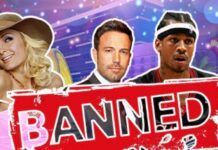 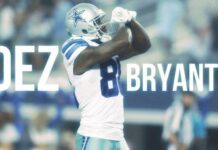 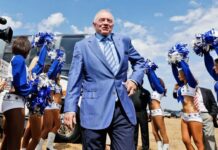